Updated on September 15, 2021
PlanHub is an innovative search engine offering the easiest way to compare mobile and internet plans in Canada. Access a selection of the best plans for your needs in only a few seconds. Our platform is constantly updated and guarantees the best prices and deals on the market. Our alert system keeps you informed on the best deals and will notify you of the best moment to make a purchase or if it’s advisable to wait for better prices. This way you can save time and money.
Leave a comment on Virgin Mobile’s Rebranding

Virgin Mobile officially rebranded themselves as Virgin Plus on July 19th. While it may seem like a small or insignificant name change, Virgin Mobile’s rebranding will likely affect the way in which they operate as a business.

What is Virgin Plus?

Founded in 2005, Virgin Plus acts as one of Canada’s most popular providers for phone and internet plans. After being acquired by Bell in 2009, Virgin began expanding its services. Virgin TV was introduced in 2020 in Ontario and Quebec, providing television and internet services as a unique bundle. TV access needs to be installed with Virgin’s unlimited home internet plan as a unique bundle. The service actually uses the home’s internet connection to provide residents with more channels. However, Virgin Plus rose to popularity due to its member benefits, which likely lead the company to rebrand in the first place. 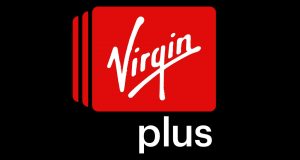 In 2010, Virgin began offering member benefits as a loyalty program to its users. The benefits originally fell into four categories: music, entertainment, travel and fashion. Virgin contains several impressive partnerships with companies such as H&M, Cineplex, Porter Airlines and Warner Bros. Entertainment. Further, Virgin sponsors three annual Canadian musical festivals (Osheaga, Stampede Concert Series & Squamish Valley Music Festival). By signing up for a plan with Virgin, one gains benefits, discounts and early access to various diverse services. Their large array of partnerships tries to ensure that all their members will find something to enjoy. The notion that Virgin members are part of an exclusive “club” serves as their greatest strength. As such, they advertise the exclusivity of being a Virgin member above all else. This continuous marketing strategy likely resulted in Virgin Mobile’s recent rebranding,

As Virgin’s list of partnerships began to grow larger, it became more difficult to categorize their benefits into four broad categories. They began offering food offers through Canadian chains like Pizza Pizza and New York Fries. As the company’s deals and promotions grew larger and larger, it made sense to remove the word “Mobile” from their company name. In addition to providing mobile plans, internet and TV, Virgin Plus aims to provide an exclusive experience for its members.

The Future of Virgin Plus

Looking forward, it is interesting to predict how Virgin Plus will operate in the near future. We speculate that Virgin will continue to offer its array of mobile plans, while introducing more internet and TV plans across Canada. Of course, they will also continue to announce more partnerships, providing their members with more exclusive access. Now that they aren’t forced to operate under the name “Virgin Mobile”, the company can focus on introducing different kinds of plans, like their TV/internet bundle. More certainly, Virgin Mobile’s rebranding will result in continuous partnerships, promotions and discounts.

The head of brand marketing at Virgin Plus delivered a statement in which she marked Virgin’s rebranding as an evolution; proving their ability to provide far more than just mobile services. While we remain optimistic towards Virgin’s future, we invite you to check out PlanHub’s informative page comparing all of Virgin’s mobile and internet plans. If you’re considering joining the Virgin Plus club, this page will simplify the process of searching for an affordable plan. However, if you use a different service provider, we’ve also arranged comparisons of every major Canadian provider on our website. We hope you find the perfect deal that’s right for you!

As time goes on, cell phone prices are only getting higher and higher. Over the past few years, phone prices have shot up considerably. These days, Canadians can expect to pay over a thousand dollars for the latest phones from established companies like Apple, Samsung and Google. Just a few years ago, spending that much …

END_OF_DOCUMENT_TOKEN_TO_BE_REPLACED

For decades, Rogers has been one of the country’s most respected telecom companies. In 2004, they purchased Fido and introduced it as their subsidiary brand. Fido was meant to operate under the Rogers umbrella and offer a wider range of mobile plans using their nationwide infrastructure. While Fido focuses on accessible mobile plans for the …

END_OF_DOCUMENT_TOKEN_TO_BE_REPLACED

Black Friday 2021 Canada: How to Find the Best Deals

Brace yourselves, Black Friday 2021 Canada is here. A shopping apocalypse no one can survive because the promotional deals are usually too good to be true. As of today November 26th, many early Black Friday deals have already been announced and we at Planhub are here to help you get the best bang for your …

END_OF_DOCUMENT_TOKEN_TO_BE_REPLACED

Looking for a mobile plan? Do a custom search!