Tesla Phone Pi : Everything You Need To Know

Updated on July 27, 2022
PlanHub is an innovative search engine offering the easiest way to compare mobile and internet plans in Canada.
Leave a comment on Tesla Phone Pi : Everything You Need To Know

Rumor has it, Tesla might unveil their latest technology masterpiece – the Tesla Phone Pi.

This would surely be a technology breakthrough not just because it will be Tesla’s first ever phone, but also because it will represent a whole new category of device. Elon Musk is known for his extraordinary vision of the future. The Tesla CEO envisions a future in which technology is far more advanced than it is today and believes that technology will eventually allow us to merge with artificial intelligence. Well, not hard to believe because he is working to make this a reality.

Future Tesla phone users, let’s dive into the blog to discuss all the speculations around the Tesla Phone Pi and everything you need to know if you plan on buying one in future.

About The Tesla Cell Phone

Apparently, Tesla’s cell phone would be the perfect device for those looking to get the best of both worlds: a powerful, feature-rich gadget that is also stylish and easy to use.The rumors about the mysterious Tesla cell phone are running rampant online, but is there any truth behind them?

Tesla has long been rumored to be working on a cell phone, but we all know that the smartphone never saw the light of day and the project was scrapped. The Tesla phone is said to look strikingly similar to the iPhone 12 Pro Max, with a few major differences. The Tesla cell phone was also rumored to have a larger battery than the iPhone 12 Pro Max, and to support wireless charging.

However, it is not known if the Tesla cell phone would have been compatible with existing cell phone networks. The phone was ultimately canceled due to cost and production concerns. While we know Musk’s vision extends beyond just inventing new technology; he wants to use it to make a positive impact on the world. The Tesla team has maintained silence and hasn’t revealed the finer details about the alleged new smartphone.

Here’s what the Tesla CEO had to say about the future of cell phones : 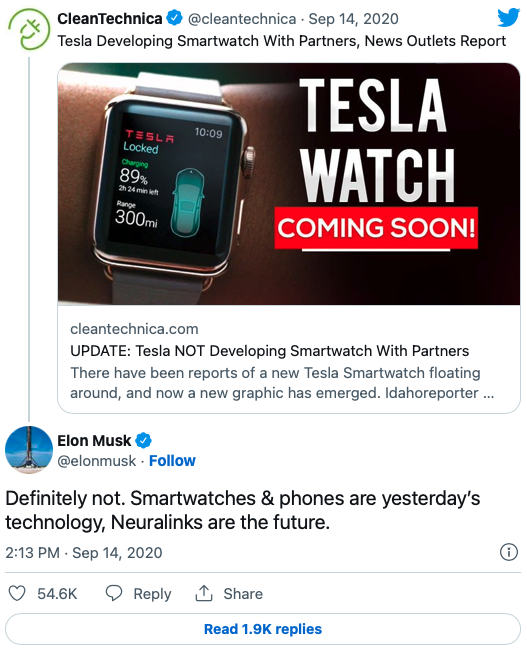 What Makes The Pi Phone Unique?

So what makes the Pi Phone unique after all?

Tesla, aka the world’s biggest electric vehicle maker, has a history of releasing intriguing products like electric cars, the stainless-steel whistle and of course power banks, that can charge your phone in less than three hours. Taking all that into consideration, the Tesla cell phone would undoubtedly be a huge step forward for humanity, and so far it seems like it’s something that Musk is very passionate about.

The Pi phone would most likely be able to charge itself, thanks to the company’s groundbreaking work in developing solar cells and batteries. Additionally, could also be connected to the Tesla car charging network, meaning that you could charge your phone while on the go. Not to mention, the Tesla Pi phone would probably have some pretty amazing features, given the company’s track record of innovation.

The sources on the internet have established that it does make sense for Tesla to enter the smartphone market. But Tesla’s futuristic Model Pi at this point is nothing but a concept. In fact the Tesla CEO hasn’t spoken about a project that’s underway to design such an advanced smartphone. But if Tesla is working on a futuristic smartphone, then one can only await such a revolutionary advancement.

So what are the supposed features of this highly anticipated Model Pi?

Here’s a rundown of the features :

How does the Tesla phone work?

From the beginning, Elon has always said he focuses on three crucial civilization shaping problems – internet access, space exploration and sustainable energy. In essence, these might sound like massive endeavours for which technology will have to advance significantly in order for his vision to become a reality.

Also Read Starlink Price Increase : What You Should Know

Let’s say for theory’s sake, if Elon could put at least two of these innovative concepts at work together, that is, internet access and sustainable energy into a phone, that would be a perfect recipe for a generation-defining product like the iPhone was nearly 15 years ago.

A phone that not only has an innovative battery, but also harnesses the power from renewable sources to give you longer lasting results. Say for instance, the back case could be made of a high-efficiency solar panel that makes the phone fully renewable. According to recent hearsay, Tesla’s new phone will reportedly mine cryptocurrency. Numerous reports also suggest that the Pi model phone will work on Mars using Starlink connectivity.

So, does this mean the future of smartphone technology here?

Truth be told, with so many sources debating the Tesla mobile phone’s existence, it’s hard to be convinced if it’s set to be released anytime soon. Some say it’s coming soon, while others claim it’s nothing more than a myth. Not that we doubt Musk’s ability to innovate a revolutionary device, but the concept and ideology behind the smartphone seem a little too advanced to be realistic at the moment.

Experts believe that the Texas-based company will release the Pi cell phone in late 2023 or early 2024. However, there are some who doubt Musk’s ability to deliver on his promises.

Only time will tell if the Tesla phone will become a reality.

Tesla phone price rumors have been swirling for weeks, with many people wondering just how much the Tesla phone will cost. If we were to assume the phone is real and that the phone would launch with basic features, it’s likely to be priced between $1000- $1300.

That is unless Tesla decides to go all out and include all of the anticipated features, then the price could skyrocket to $2,000 or beyond. But that would simply mean that Tesla would be competing directly with the likes of Samsung and Apple, and we’re not sure Tesla is ready for that competition just yet.

Tesla’s phone has been in the talks for months, however, the company has not announced a release date yet. Hopefully, the electric car maker will provide more information soon so you can finally start making plans to buy one.

For the most part, all we can do is wait and see what Musk comes up with next. But one thing is for sure: the Tesla phone Pi would be a game-changer. Do you think Elon is here to take over the smartphone market from Apple and unleash the next revolution?

Until then, share your thoughts in the comments below!

The best small smartphones are those that combine all the power of a modern smartphone into a small, eminently pocketable package. And these small phones are a vanishing breed. Phones keep becoming larger and larger slabs. Just a few years ago, phone manufacturers touted their ‘thinnest’ and ‘lightest ever’ phones year on year and even …

END_OF_DOCUMENT_TOKEN_TO_BE_REPLACED

Despite the continuous success of the iPhone 12, fans are already eagerly awaiting its successor, the iPhone 13. Apple has millions of users and dedicated fans, many of which cannot wait to get their hands on the latest device. As such, it is very common for rumours and leaks to surface months before an official …

END_OF_DOCUMENT_TOKEN_TO_BE_REPLACED

Abroad, phones are now a necessity. Travellers need their phones to check an itinerary on a road trip with friends, to check flight status after leaving a business meeting, or to check a table in a restaurant during a family vacation. Canadians need their phones abroad, and they expect to use them as easily as …