Updated on August 23, 2022
PlanHub is an innovative search engine offering the easiest way to compare mobile and internet plans in Canada.
Leave a comment on iPhone 14 Rumours: What We Know So Far

Ever since the iPhone 13 was unveiled almost 1 year ago, rumours about the iPhone 14 have been circulating online. Users barely had time to get their hands on the iPhone 13, Pro, Pro Max and Mini. Regardless, YouTubers, leakers and bloggers have been substantially posting about the iPhone 14 release date. While some predictions and iPhone 13 rumourscame true, others did not. Obviously, we don’t want to complain about the new iPhone model with 1TB of storage, but there were some missing features we really hoped to see. Hopefully, some of the wishes we had for the iPhone 13 will come true with the upcoming 14. In addition to our desires for the new model, we will also discuss the most reliable iPhone 14 rumours and leaks. We will carefully go over the iPhone 14’s potential release date, design, new features and much more.

First and foremost, when can we expect the new iPhone 14 to officially be released? Unfortunately, there are has been no official announcements pointing toward the new iPhone release date. However, by looking back and observing Apple’s release patterns, we can try to speculate an approximate release date for the iPhone 14. The iPhone 13 was released on September 14th, 2021 and was announced a week prior.

Traditionally, Apple holds its annual iPhone event every Fall. So, if they decide to continue this pattern, Apple could end up announcing the iPhone 14 in September or October 2022, and officially releasing it a week or two after the announcement. Furthermore, a few reliable sources have speculated similarly. Bloomberg and Kuo point towards a September 2022 release for the iPhone 14. Kuo usually bases his predictions on supply chain sources, however, this year he observed a quite optimistic Q3 prediction for Apple. For him, this suggests that the iPhone 14 will most likely have an early release date.

With Kuo’s prediction in mind, it’s understandable to wonder about the iPhone 14’s lineup of phones. With the 12 and 13, Apple released base models as well as the Pro, Pro Max and Mini. Will Apple continue this tradition with the iPhone 14, or try something else? Interestingly enough, leakers and analysts believe that they will abandon the Mini, but still offer four different designs. Kuo suggested that the four models would include two cheaper models and two “high-end” versions.

Instead of the current lineup, Apple fans are familiar with, we could instead see an iPhone 14, iPhone 14 Pro, iPhone 14 Max and iPhone 14 Pro Max. This way, customers have two choices for both smaller and larger devices. Although there will potentially be 2 cheaper models, Kuo believes that the “high-end” models will be priced higher than previously. How do you feel about Apple abandoning the Mini? Does this decision upset you, or do you agree with it? Please let us know in the comments section, we’re always curious to hear from our readers! With this new lineup, fans may be curious as to how Apple will distinguish these devices from each other. Will the two larger versions offer a different display or camera, or simply appear larger? This leads us to our next section, where we discuss the design rumours for the upcoming iPhone 14.

One of the most exciting leaks from Kuo is related to the iPhone 14’s design. He has predicted that both Pro designs of the 14 will include a notch-less display. While the 13 reduced the notch’s size, certain versions of the 14 could omit it entirely. As a result, the screen would take up the entire device, without being cut out by the front-facing camera. Just like the newest flagship devices from Google and Samsung, the iPhone 14 could include the “hole punch” design for the selfie camera. If implemented, this feature would satisfy fans around the world. 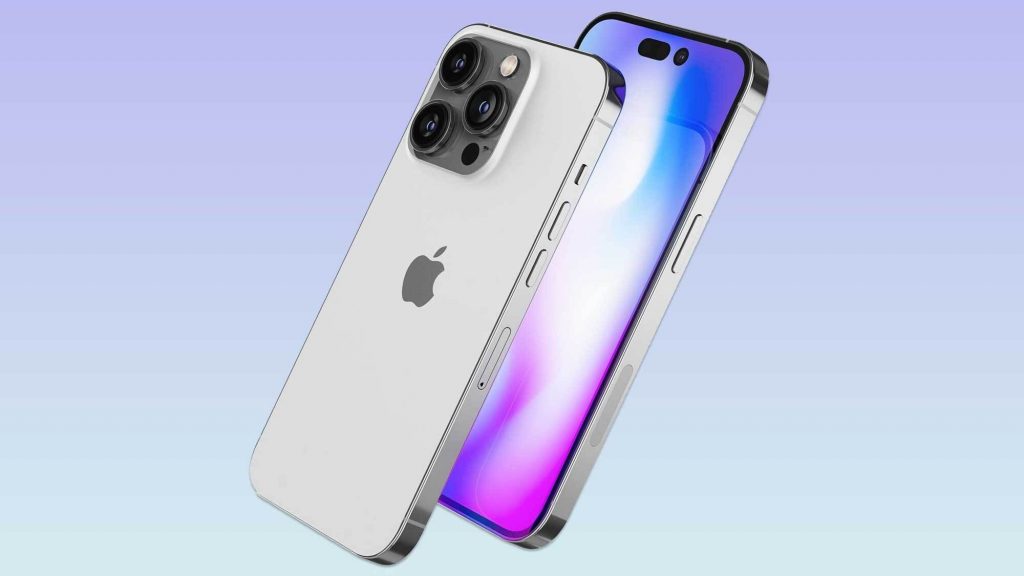 The hole-punch design allows for a more dynamic display, and an optimal viewing and gaming experience. More specifically, the iPhone 14 Pro Max could offer one of the best mobile gaming experiences on the market. After years of having a front-facing camera notch, removing it would be a huge design change for Apple. If this becomes a reality, it could be just as drastic as when they removed the home button with the iPhone 7.

In addition to the hole-punch selfie camera, other leaks have suggested that the iPhone 14 would release the camera bump for the rear lenses. If this were true, the 14 would undoubtedly be the most stylish iPhone yet. Further, the only other leak relating to the rear cameras is about the wide lens. The iPhone 13 contains a 12MP telephoto, wide and ultrawide lens. With the 14, it’s possible that the wide lens could be upgraded to 48MP. The wide lens is important when trying to capture as much as possible. As a result, all wide shots taken on the iPhone 14 could be far more detailed. When turning your device horizontally to capture a large scenery, the results could be astonishing. We know that this change would please all the camera fanatics and further increase competition in the smartphone camera market.

Like the iPhone 12 and 13, there have been constant rumours claiming that Touch ID will return to the iPhone. After the iPhone 13 confirmed that it will not be coming back, speculators now seem more confident that it will make an appearance with the iPhone 14. Without a home button, Touch ID would be under the phone’s display. So, users would slide their finger underneath the device to scan their fingerprint. This feature would also satisfy fans, who have only been able to use Face ID for the past few years.

On top of this exciting advancement, rumours have also suggested that the iPhone 14 will probably introduce the A16 chip. Since the iPhone 13 introduced the A15, it makes sense for Apple to introduce a newer, more powerful chip with their newest device. Finally, online leaks have also claimed to uncover a new colour for the iPhone 14: pale gold. If many of these new features are true, we cannot wait to get our hands on a pale gold iPhone 14 with a notch-less display, no camera bump and Touch ID under the display.

Lastly, we’d like to outline some features that we simply want to come true. These have no credible sources or leaks and purely stem from our own hopes. First, we’d be overjoyed if the iPhone 14 introduces a portless design. Meaning, that it can only charge wirelessly rather than being plugged in. Of course, this will probably remain wishful thinking for years. Wireless charging technology still needs to advance significantly. However, once its speeds are on par with wired charging, we would love to see a portless smartphone from Apple.

Additionally, we would love to see improvements to Face ID, especially if Touch ID is not incorporated with the iPhone 14. Unfortunately, Face ID does not function when wearing a facemask to protect ourselves from COVID-19. Sadly, this means it cannot be used to unlock our phones when using public transit, at school, or even working. Although the technology is probably not ready, a retinal scan on our iPhones would be incredible. It would feel like using a spy’s gadget from our own pockets!

When Will iPhone 14 Be Released?

After reading through all the exciting leaks and rumours, you probably have one question on your mind: When will iPhone 14 be released!? We understand the excitement and know how long it can feel waiting for something we want to release. Unfortunately, all we need to do is remain patient. If the iPhone 14 rumours we mentioned are legitimate, we could expect an announcement in the coming weeks. This time next month, we could know all the details about the iPhone 14, or even be able to purchase it from our providers. Of course, please remember that everything we covered in this article is pure speculation. As reliable as the leaks may seem, they are not official announcements from Apple, and everything is subject to change.

Speaking of which, you should ensure that your provider is offering you the best possible plan for your device. Whether you have an iPhone or not, nobody wants to end up overpaying for a plan they don’t even need. Fortunately, we at Planhub are here to help. Our mobile plan searching tool combs the internet for the best phone plans available. Based on your usage, needs and location, we will present you with some of the best choices for a mobile plan. You’ll never end up paying too much or wishing you had more data. We wish you good luck if you’re searching for a new mobile plan, and we hope you’re as excited about the iPhone 14 as we are!

Back to school: Best cell phone plans for students

As students across the country gear up to get back to school, one question hangs over their heads: Which phone should I get for the new year? Fortunately, most Canadian providers have some great offers for students. This article will be focusing on the best cell phone plans for students. These deals are great for university …

END_OF_DOCUMENT_TOKEN_TO_BE_REPLACED

Fonus Mobile is a mobile virtual network operator (MVNO) that offers unlimited data plans. Fonus Mobile claims to use the AT&T network to provide service to all of its clients. Founded in 2019, the California-based company offers unlimited calling and texting to over 50 countries around the globe.  This prepaid carrier only has one plan …

END_OF_DOCUMENT_TOKEN_TO_BE_REPLACED

The Environmental Aspect of Internet Equipment